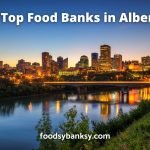 In the list below, we’ve featured 10 top food banks in Alberta, and have summarised their activities and services.   1. Edmonton’s Food Bank In early 1981, several charities in the Edmonton, Alberta, area formed Edmonton’s Food Bank to serve the needs of greater Canada. In the years that have followed, their warehouses have continued to expand to store millions of … END_OF_DOCUMENT_TOKEN_TO_BE_REPLACED